All these images place the subject in either the left or right one-third of the image and, I think, are more effective than they would be if they were simply centred. Roll over each image for further explanation. 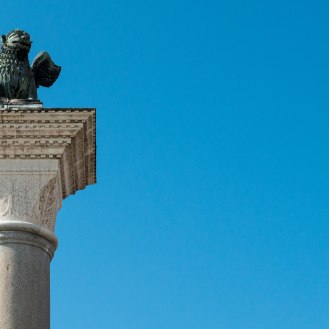 A winged lion looks over St. Mark’s Square in Venice. Placing it to the left, looking to the right, gives a sense of the ‘protective’ role of this creature in Venetian culture 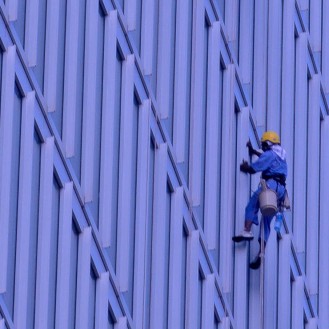 Until they were provided with a proper cradle, this is how they had to clean the windows of my old office building. The placement of the workman to the right gives an idea of the scale of the task.

A nice flowerhead in itself, but a shame to waste that bokeh. The red stream that occupies the left two-thirds of this image adds interest to what would otherwise be a humdrum shot of a hang-glider (although it does mean he’s heading out of shot rather than into it).

My grandson getting a soaking at a water-park in Abu Dhabi. Using the rule of thirds means we also get to see where the soaking is coming from. 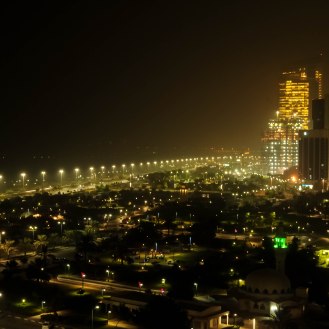 A nightscape, taken from the balcony of my apartment in Abu Dhabi. The streetlights provide a lead-in to the lit-up buildings on the right, providing depth which the dark conditions would otherwise obscure.