This, I promise, is the final instalment of the myriad interesting doors of Thiers, this time featuring the even numbers. The first is notable for its very elaborate stone surround:

I’ve put these next two side by side as they are like mirror images: And these two because of their similar shapes. Note the ironwork above the door on the left: 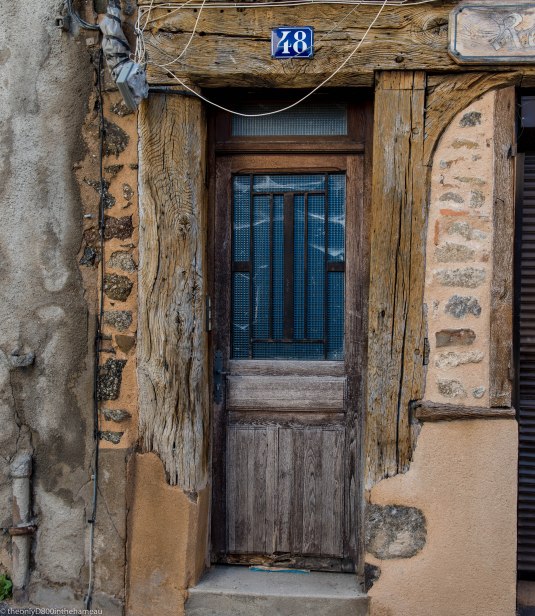 Finally, judging by the debris in front of this door, something of a renovation project is going on behind it. 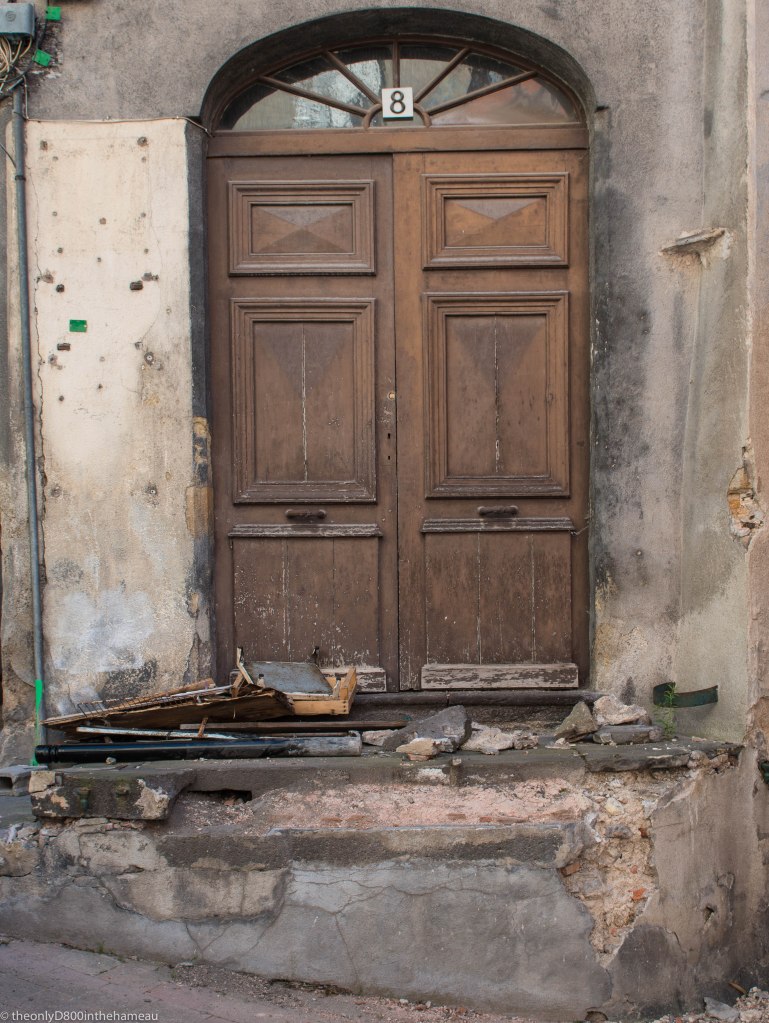 Next week we’re off somewhere closer to home that, on a recent visit, proved to be just as fascinating in the door department.