After a visit to the restored Cistercian Abbey at Noirlac, feautured last week, we visited Chateau de Meillant, a very grand edifice that has ben in the same family for over 500 years. 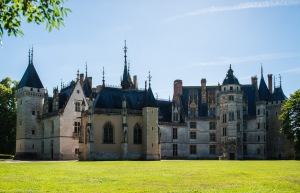 How they made it through the French Revolution without an appointment with Madame Guillotine I don’t know, but the current owner lives in one wing, of which this is the main door: 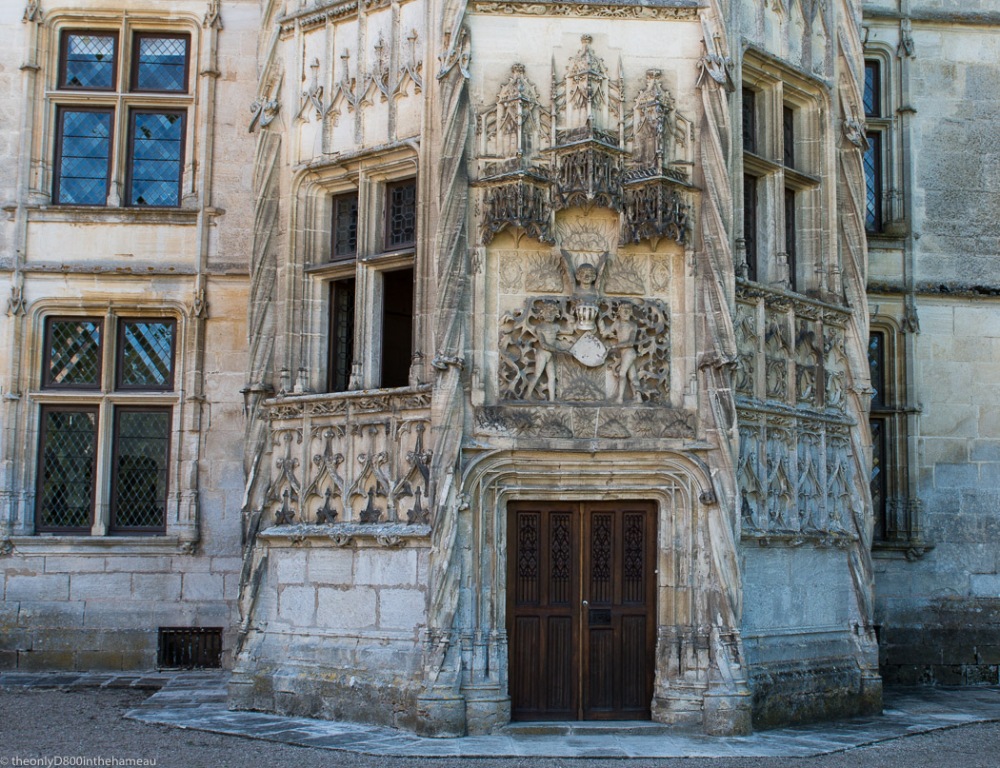 The rest of the house is open to the public and is richly endowed with period features, taking photographs of which is forbidden – not least because they sell more guide-books that way. On the outside, though, there are plenty of Gothic doors to admire: 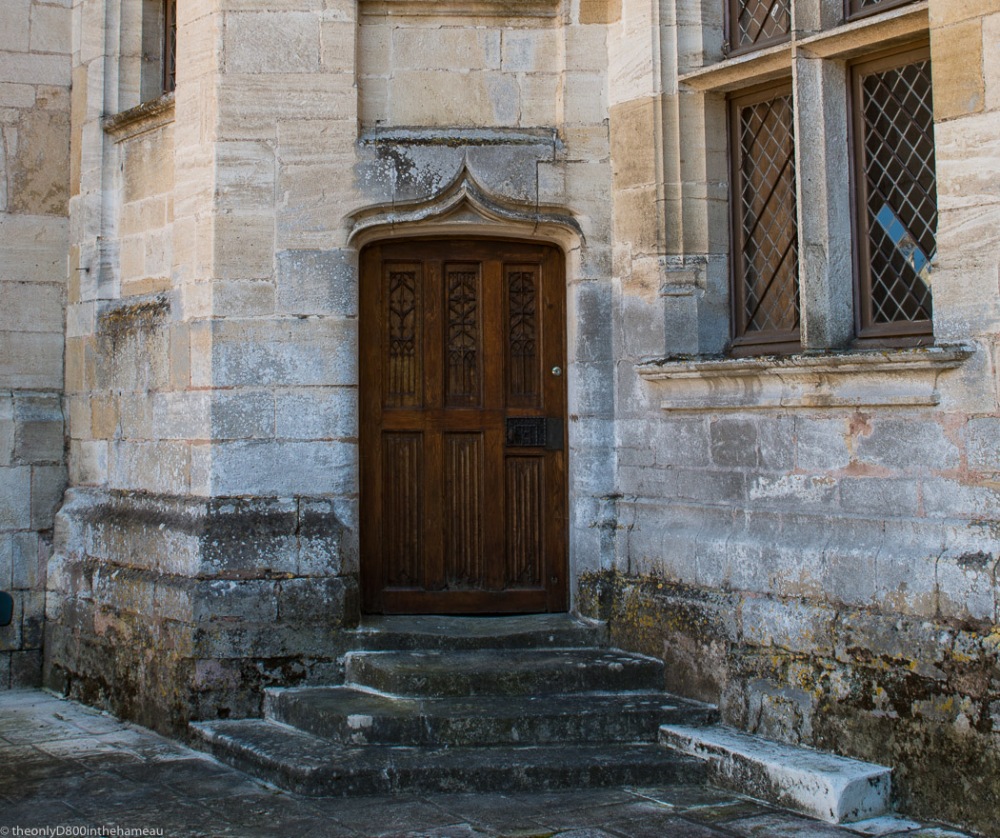 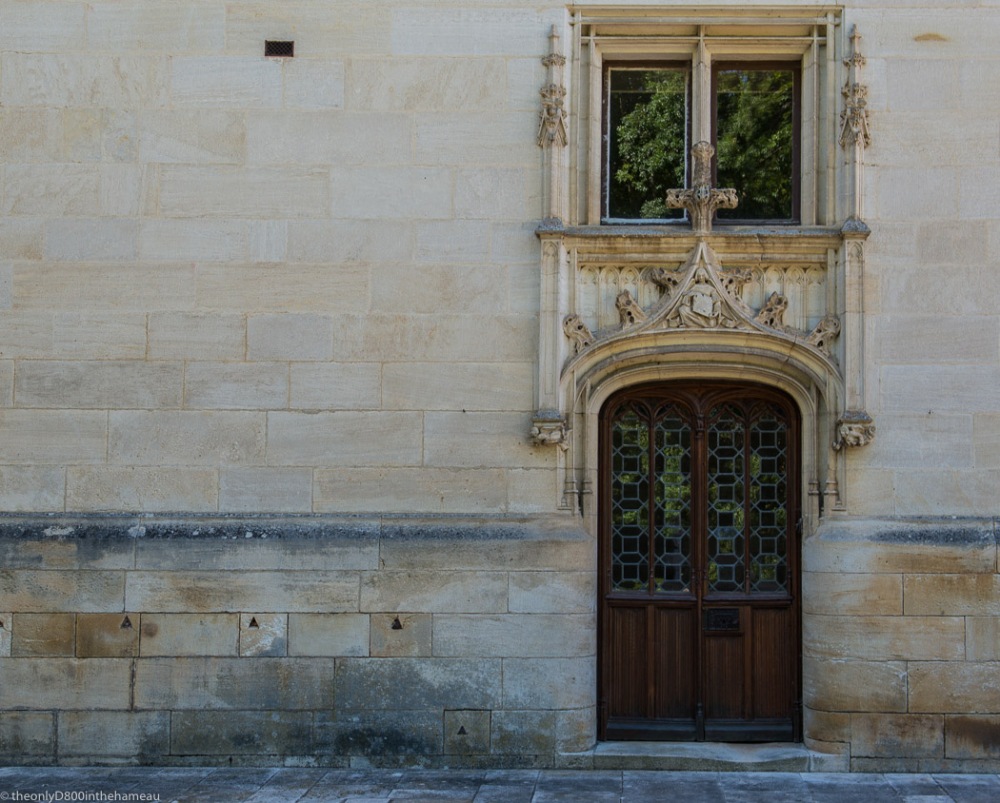 Behind the chateau is what used to be the servants’ quarters: 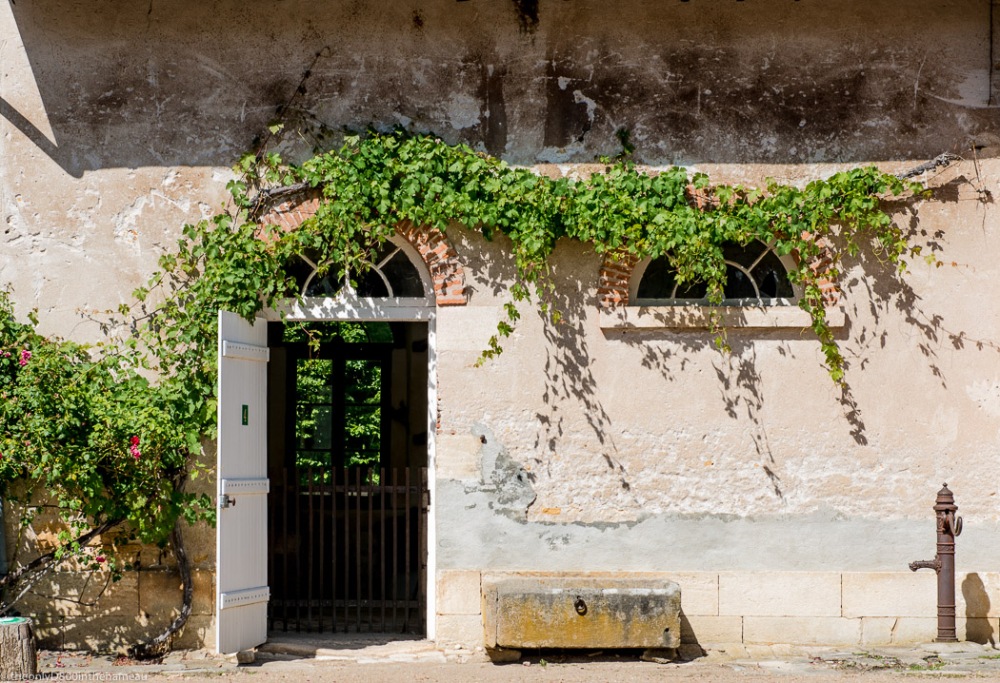 and the stable block, which now houses a collection of vintage cars:

Next week more from Chatea de Meillant, including some rather less pristine examples.