The town of Aubusson, in the southern part of the Limousin region of France, is best known for its UNESCO-recognised tradition of tapestry making.  The old centre of the town is relatively small, although some of the remaining buildings date back to the Middle Ages. Fortuitously, this provided enough interesting doors  for a couple of posts.

(NB All these images were photographed with an iPhone – I was there mainly for the tapestries.) 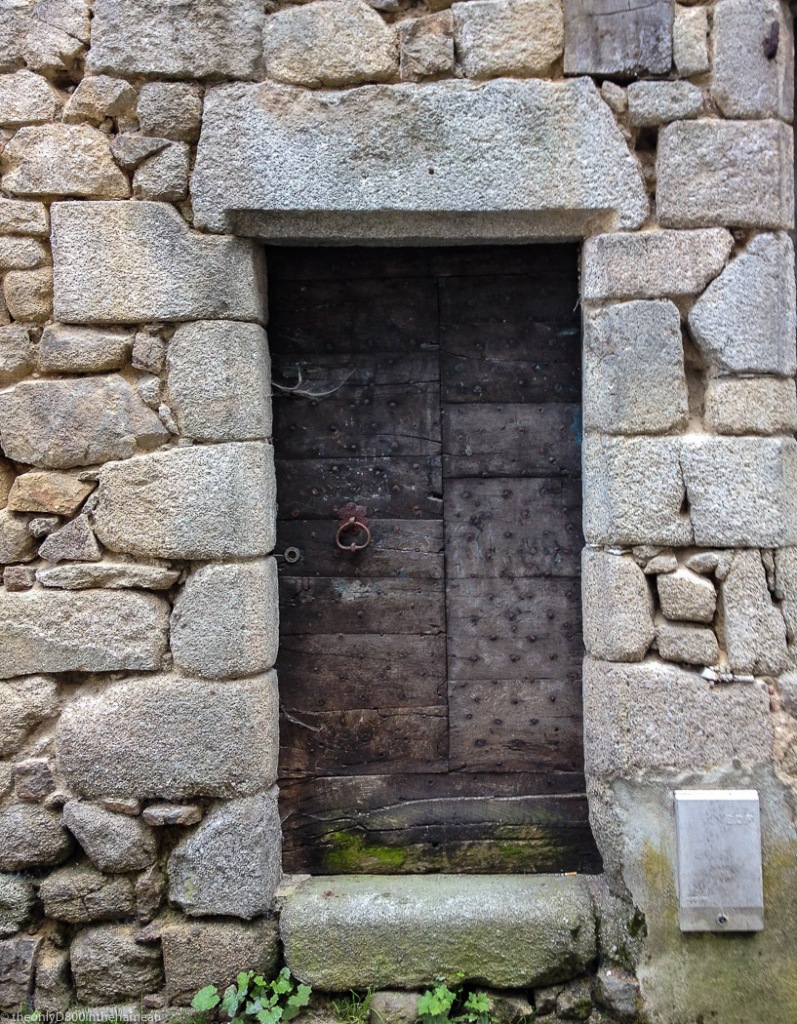 This one is just next to the Tourist Information Office… 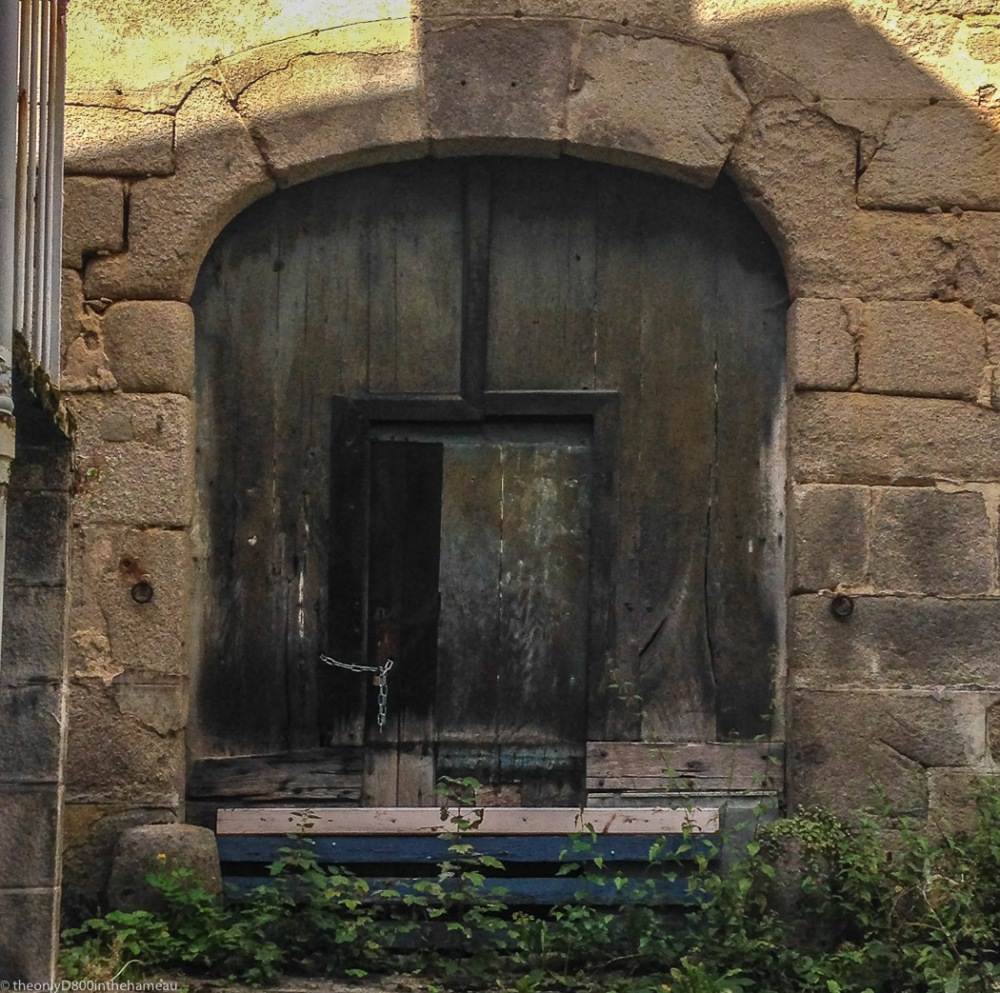 …and this oine is just opposite:

This next couple aren’t among the oldest, but obviously have a long history of neglect: 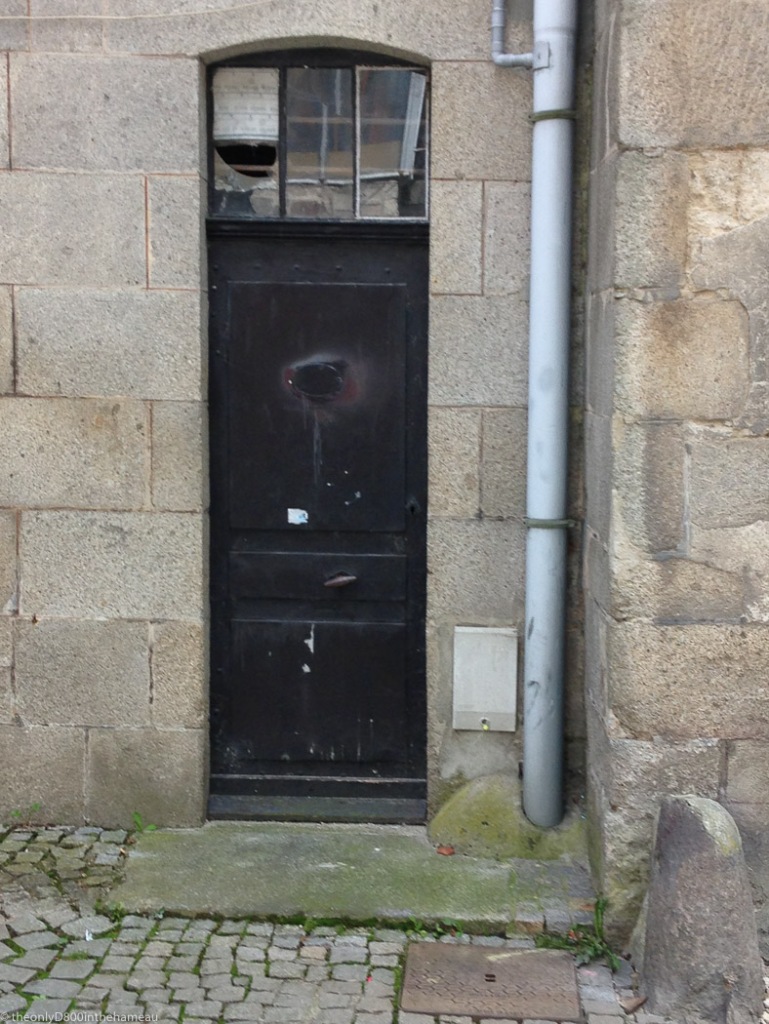 Like many – if not all – French towns, what was once a thriving commercial centre has many empty retail premises, including this unusual double-entry vestibule, which now appears to operate as an al fresco ashtray (among other things): 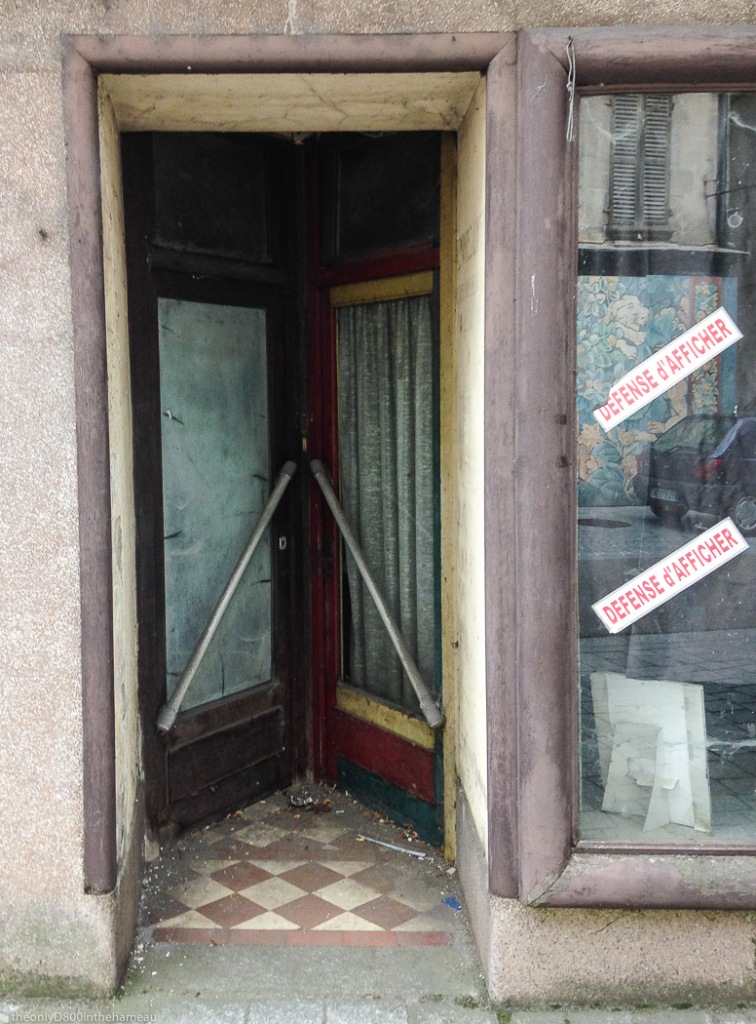