Although I promised even more doors from Confolens after the Christmas & New Year break, just for a change over the next couple of weeks I’m going to put up some doors I saw in the city of Bordeaux just before the holiday season.

We went on a coach trip to the Christmas Market there and, having a couple of hours before we set off on the return journey, we took a promenade along the Quai Louis XVIII, which runs along the Gironde river and is lined with impressive buildings.

Even if some of the doors don’t quite match the grandeur of their surroundings, that doesn’t make them uninteresting (quite the opposite, I’d say). There is, however, a preponderance of blue, certainly in this selection.

[All these images were captured with my old iPhone, so may not be up to usual standards] 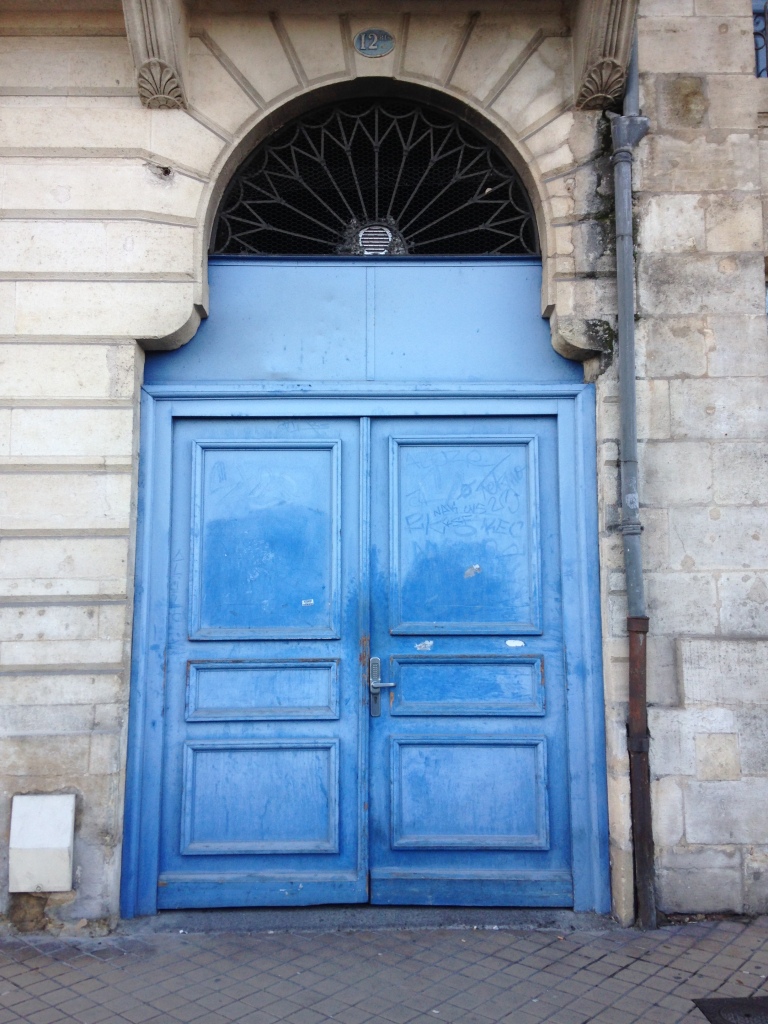 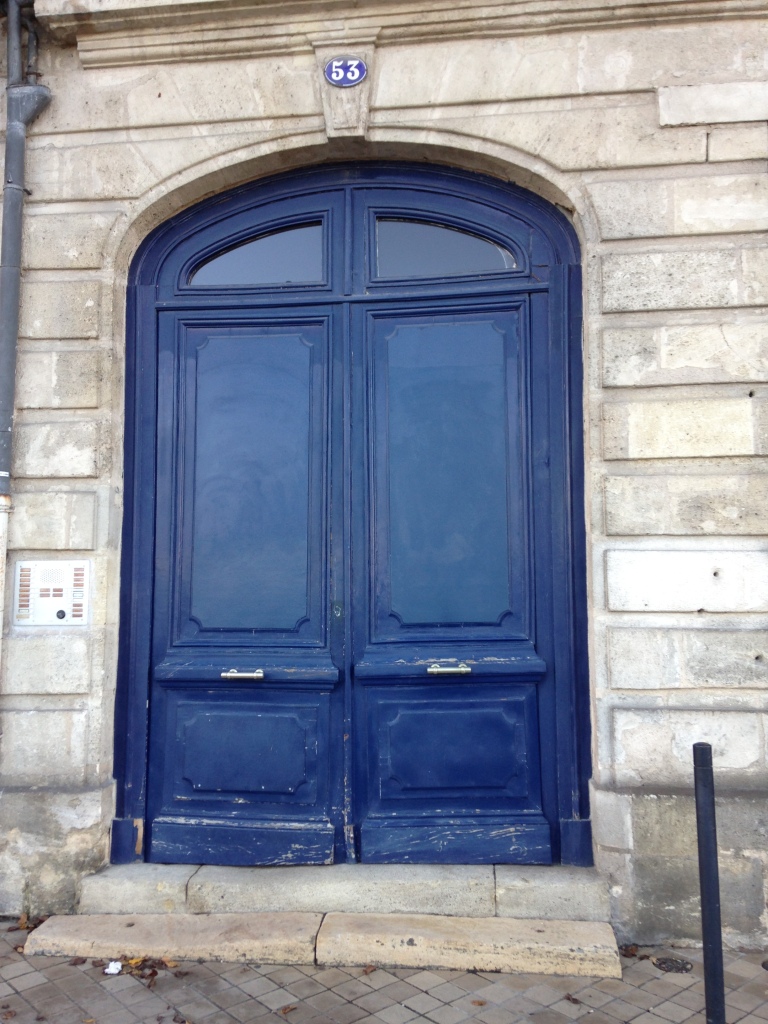 Even the gates are blue:

Finally, some flashes of red for contrast: