This week, another selection of images from my recent doorscursion to the town of Cahors. Last week I mentioned that a notable feature was the elaborate carving to be seen on many doors, including this notable example.

Cahors has an impressive cathedral, with the comparatively unusual feature of two domes. It’s arguably more impressive inside than out, but it does have some well maintained doors: 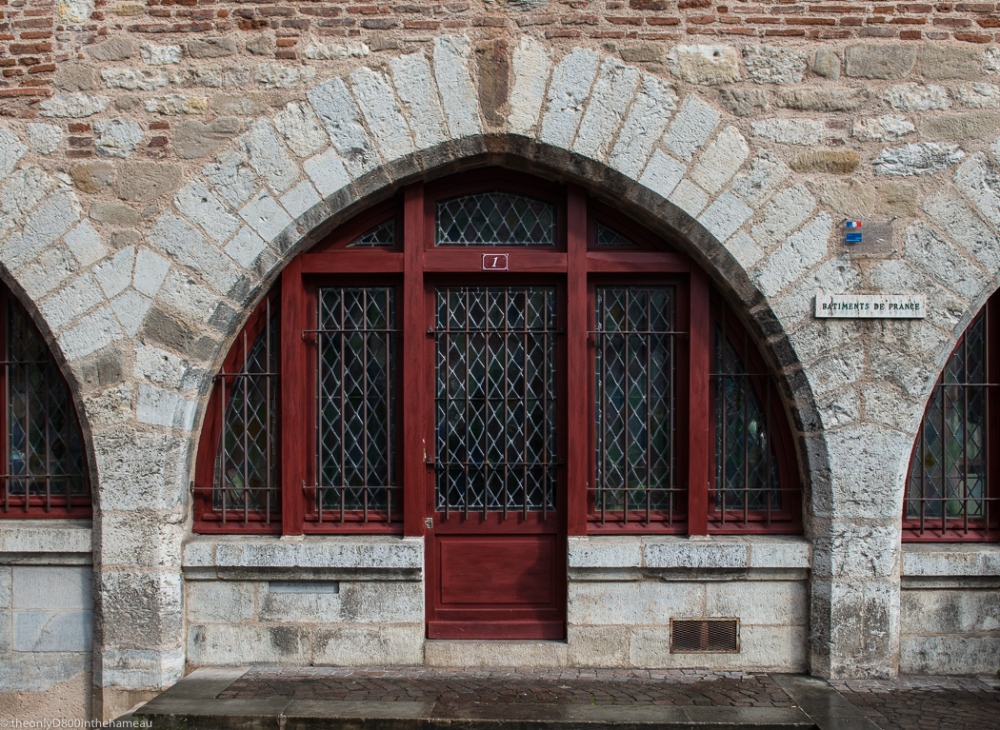 Another feature of the doors of Cahors is that it is quite common to find an ancient door in the middle of a row of more modern frontages, as in the first image and also, more clearly,here: 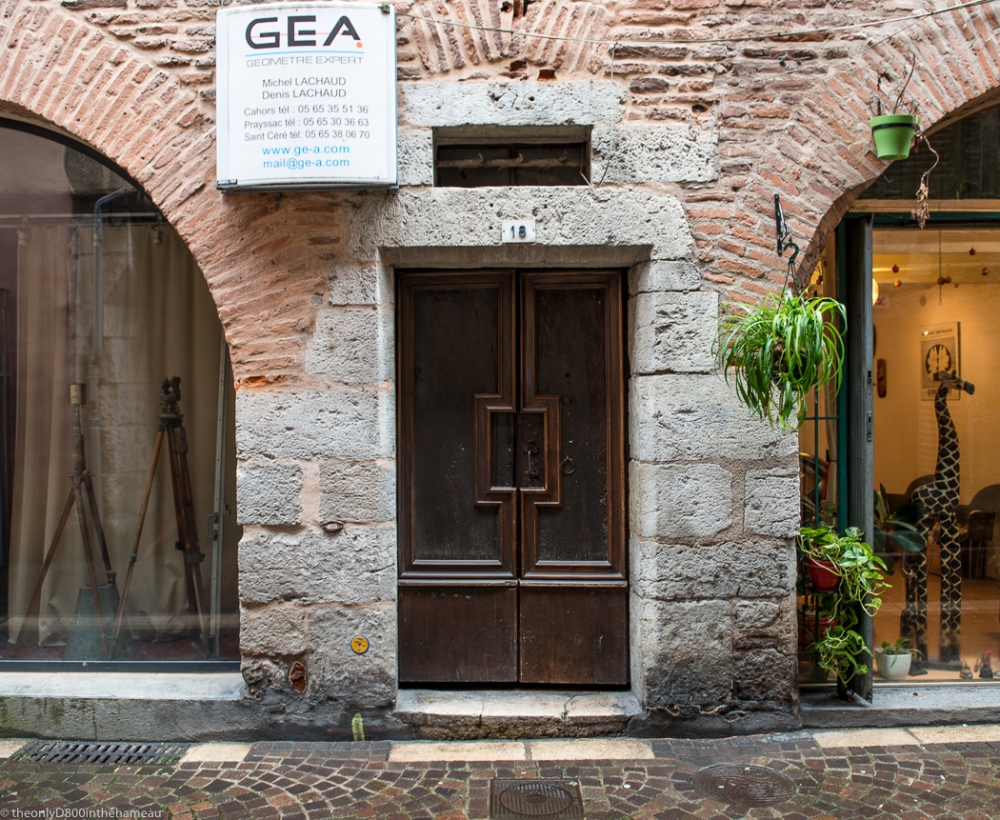 Finally, another example of the juxtaposition of old and new(er): 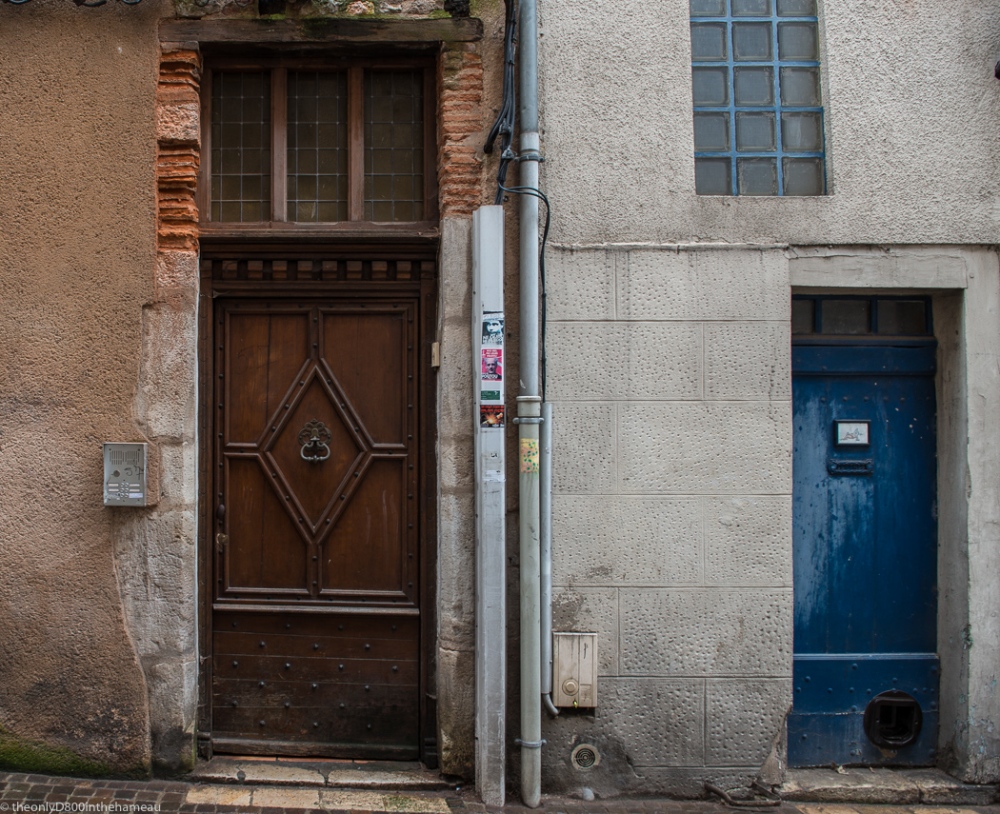