The first two are also examples of old doors juxtaposed with more modern ones: 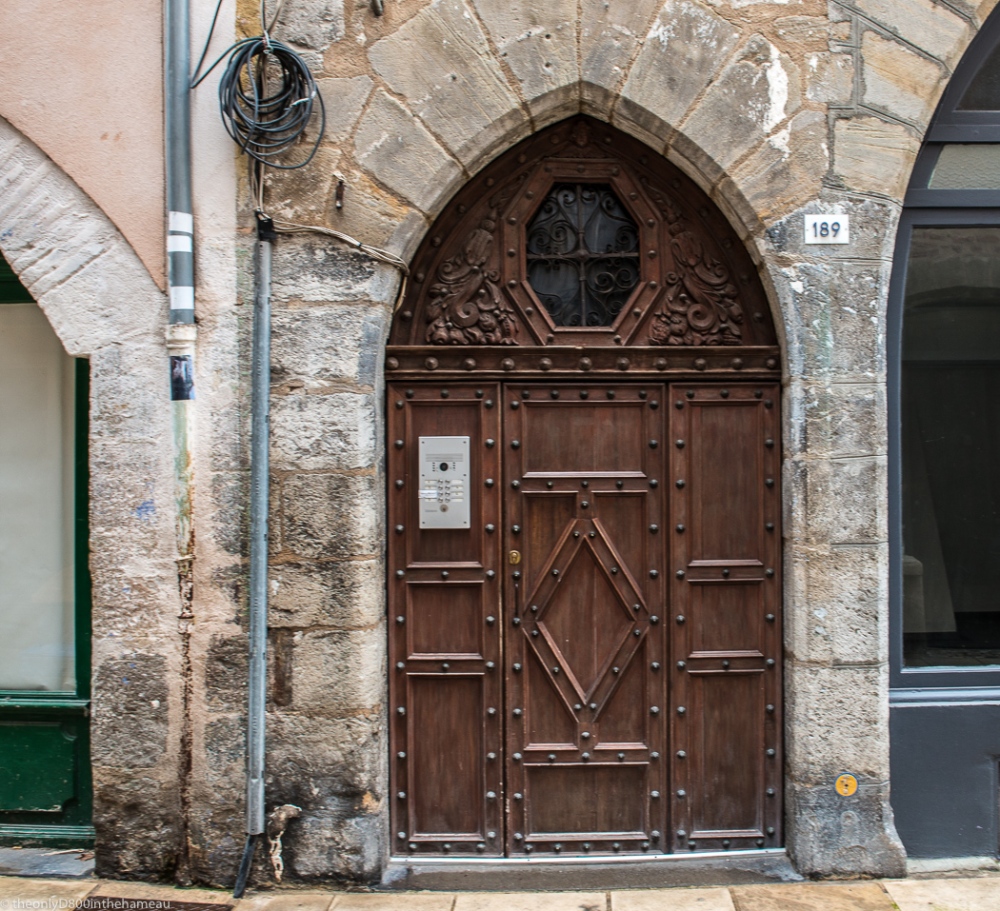 These next two could be described as a ‘before and after’:

And finally a door that isn’t brown:

(There are plenty more doors to come from Cahors, but for the next couple of weeks, just for the sake of variety, I’ll be posting some samples from another more leisurely re-visit to a place that’s featured here before.)

← Weekly Photo Challenge: Favourite Place
Portrait of a sheep about to be shorn →